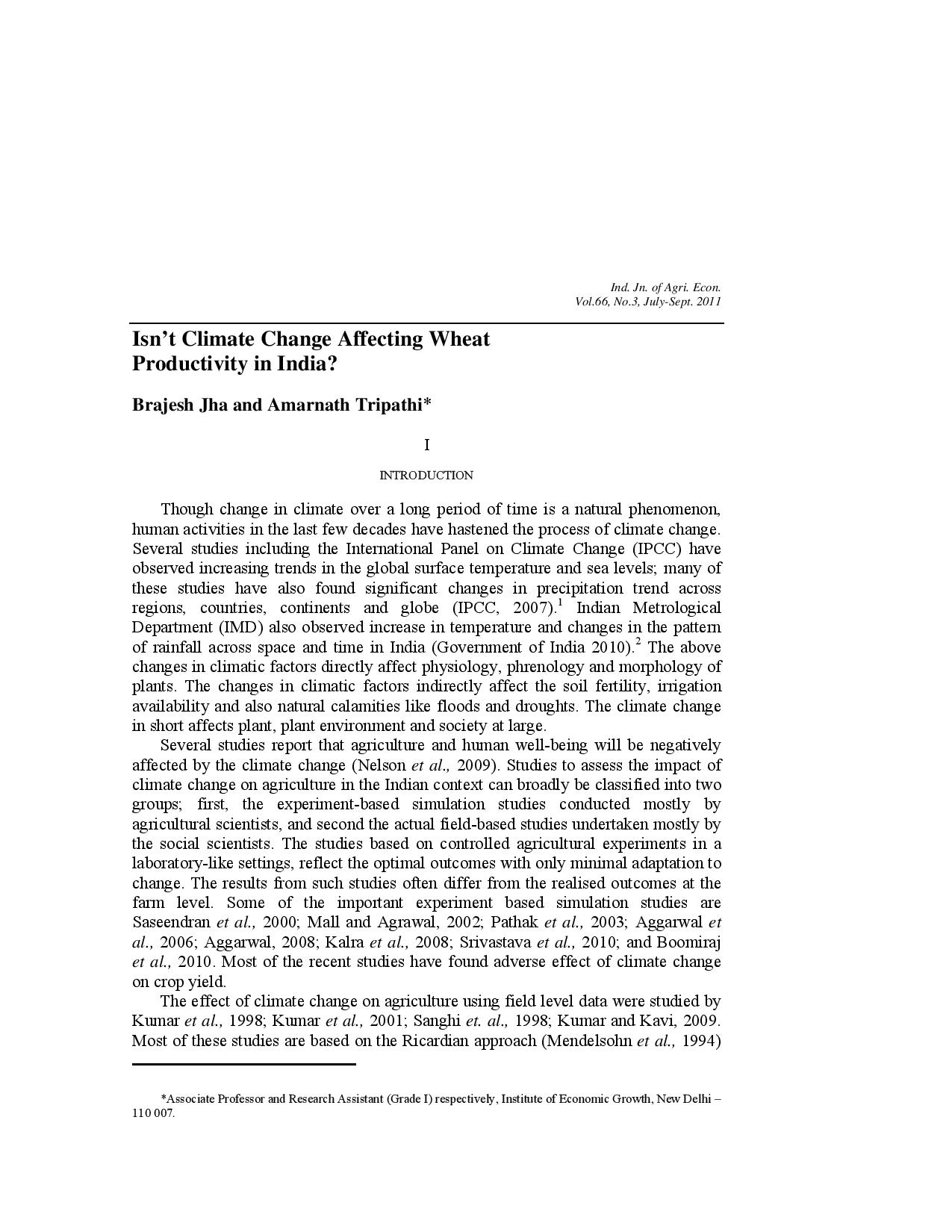 Climatic Factors causing deceleration in the productivity of wheat.

Wheat has played important role in achieving food security in India. However the productivity of wheat has decelerated recently. According to  Agronomy,  wheat is   sensitive to climatic factors especially temperature. Mr.Brajesh Jha and Mr. Amaranth Tripathi have studied   the effect of climatic factors on deceleration of wheat productivity in two different wheat growing states, Haryana and Bihar. The study finds that the increase of temperature during the month of February-March has negative effect on the yield of wheat in Haryana and Bihar.

To mitigate the effect of climate change some measures need to be taken. Haryana farmers are replacing late sown wheat with other crops. However there is seed to develop suitable varieties that are more tolerant to extreme temperatures.  The risk management device should also be in  place.

Mainstreaming of Disaster Risk Reduction in the Asia-Pacific Region