This Paper reviews the current state of practice and debates related to mainstreaming of adaptation finance and synthesises experience and key lessons from the ACT programme that might be of relevance to practitioners and government.

The cost of adapting to climate change in developing countries could rise to between USD280 and USD500 billion per year by 2050. Moreover, adaptation costs are likely to increase, even if the world succeeds in limiting the global temperature rise to well below 2°C above pre-industrial levels by 2100. Past assessments seem to have substantially underestimated the adaptation costs in developing countries due to the omission of some sectors, only partial coverage of others, and unforeseen costs from maladaptation. What further leads to lower cost estimates is that much of the literature on adaptation costs focuses on planned public adaptation and overlooks autonomous and private adaptation, which - if included – would potentially raise cost estimates significantly.

Action on Climate Today (ACT) responds to these challenges with its focus on mainstreaming climate change across budgets, and helping government access new finance while strengthening institutions to take action on both. ACT, a UK Aid funded programme focused on climate-proofing growth in four South Asian countries, has utilised the financing frameworks as a mechanism for (i) raising government awareness of adaptation needs; (ii) helping governments identify key priority sectors or actions where investment is needed, (iii) mobilising finance from development budgets and assessing the adequacy of effort, and (iv) reporting on adaptation relevant expenditure thereby adding to accountability and transparency.

that might be of relevance to practitioners and governments working to mobilise financing for climate resilient growth and development.

In particular, this paper reviews:

Methods for estimating climate relevance of budgets or expenditure

Calculation of the adaptation financing gap

Approaches to closing the adaptation gap

Natural Disasters: Are You Prepared? 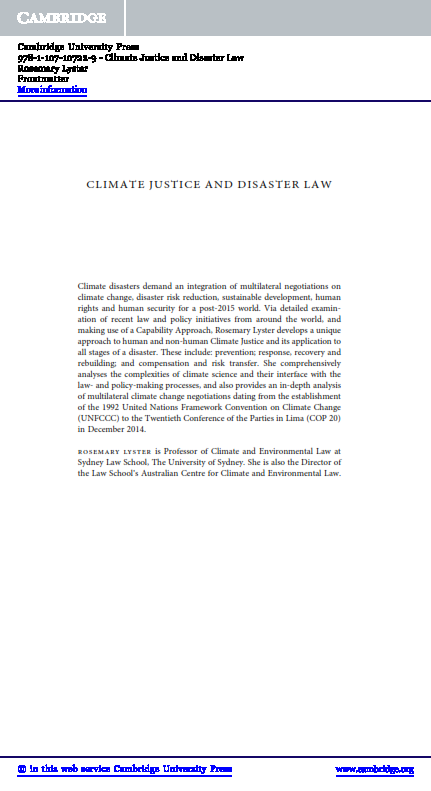